Yes, I know I am behind with posting my 52 ancestors challenge, but this longevity prompt had me stumped. I just could not figure out what to do. Finally, a light bulb went off in my head. I would give you a bit of commentary on those ancestors of mine who supposedly lived to be over 100 years old. Heck supposedly one lived to be 127 years old.

First is Rosanna Weatherwax. Rosanna is the daughter of David Weatherwax and Magdalena Cipperly. Rosanna was born around 1780 near Albany, NY. She died in 11878 in Peru, Clinton County, NY in 1878. Rosanna never married and yes, she was close to 100 when she died she was not 108 as the Plattsburgh Newspaper claimed she was. 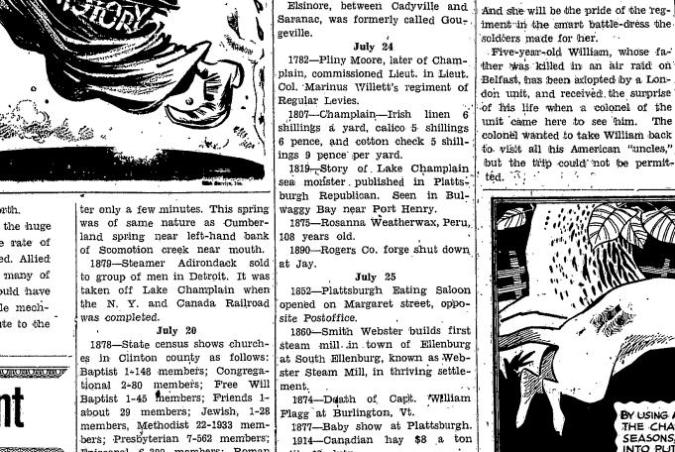 Next the curious case of Beverly Beardsley who according to several Ancestry trees lived to be a whopping 127 years old.

Beverly Beardsley was born in Vermont in 1770 to Jehiel Beardsley and Hannah Gifford. In 1791 he married Ada Curtis in Rutland Vermont. Sadly in 1815 Beverly Beardsley died in Chesterfield, Essex County, NY at approximately 45 years old. This is according to his probate being filed in 1815 and guardians being appointed for his minor children.

So, neither Beverly Beardsley lived to be 127 years old, sadly this myth is perpetuated by the shaky leaf syndrome. Friends those leaves are hints. They are NOT facts. They need to be verified and sourced. Do not take someone else’s mistake and perpetuate it. Really a 127-year-old man should have raised red flags requiring more research.

I will be back in a couple of days with Week 4 and Week 5 of the #52ancestors challenge.