I knew right away this entry would be about Henry M. Bass. I don’t actually know if he was a thief but he is indeed a scoundrel.

Henry M. Bass was born 24 June 1886 in Warsaw, Duplin County, North Carolina. The son of John William Rufus Bass and Emma Faison Best Bass. The only census he appears on with his family is at the age of 14 in the 1900 United States Census.

By 1909 he is in New York where he appears as the father on a birth certificate of an Edna Bass.

A Bass cousin shared this photo of Henry Bass probably taken around the 1900 census. 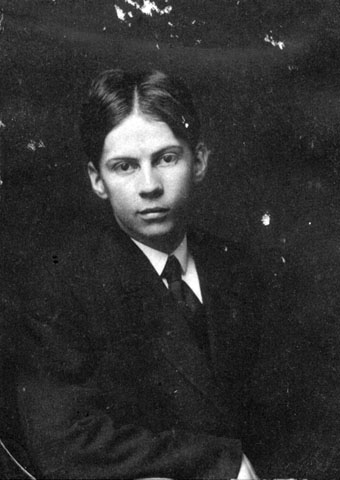 I see some familial resemblance to my husband and his brothers. While researching Henry, Ancestry.com kept hinting at this record for a William Kirk with an alias of Henry M. Bass and for the longest time I said it couldn’t possibly be him. 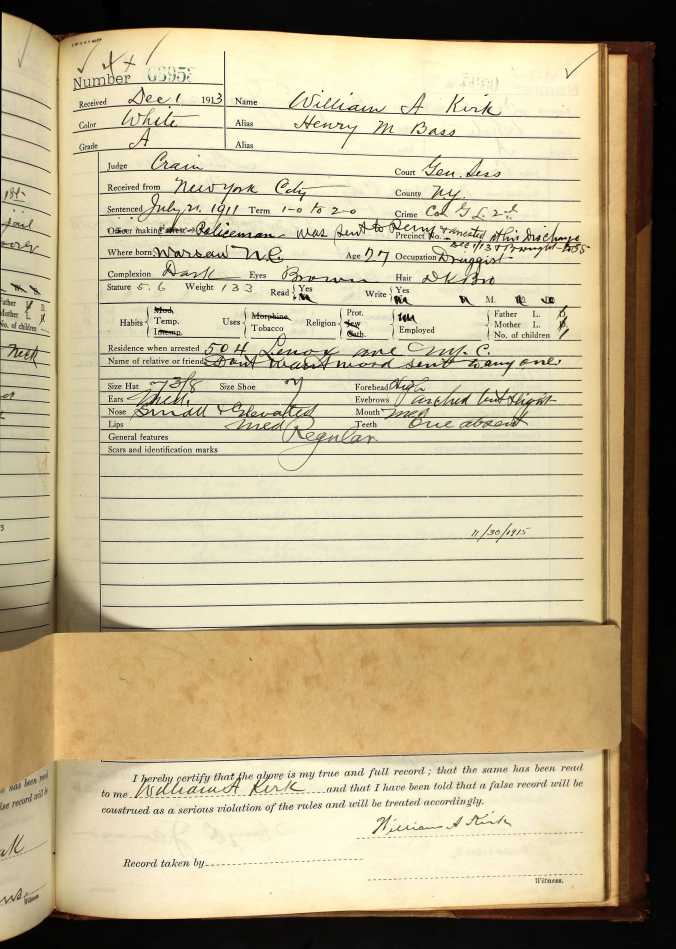 I am beginning to come round to the possibility that this may be the same person. As mentioned above Henry Bass appears on the Birth Record for an Edna Bass born in 1909.

In his father’s obituary of 1914 Henry is listed among the surviving children. 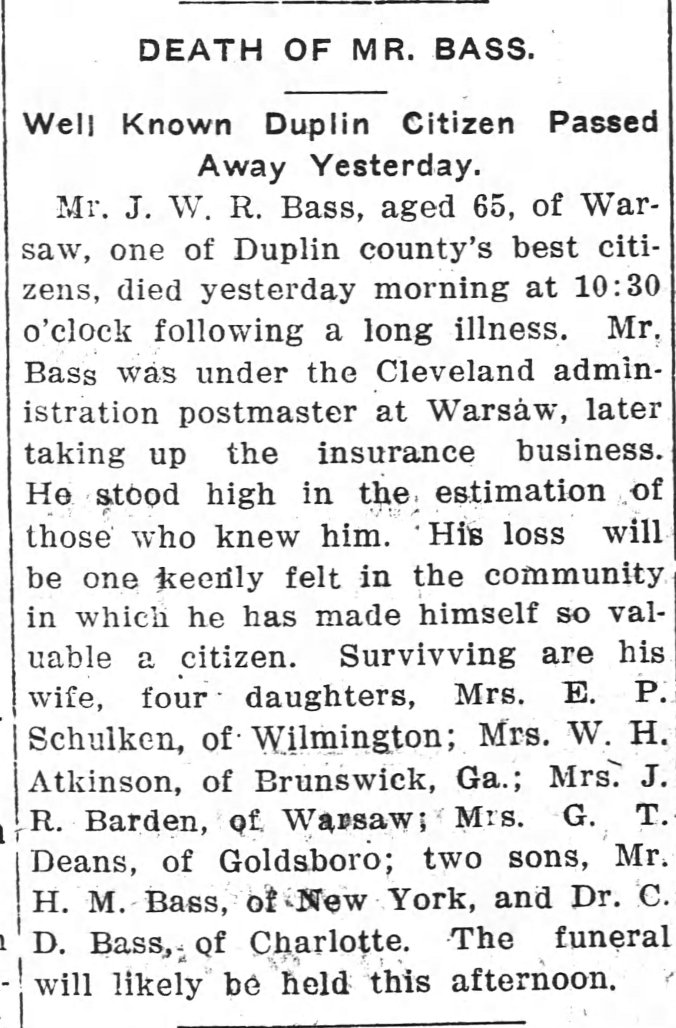 When his mother died in 1915 he is not mentioned at all. 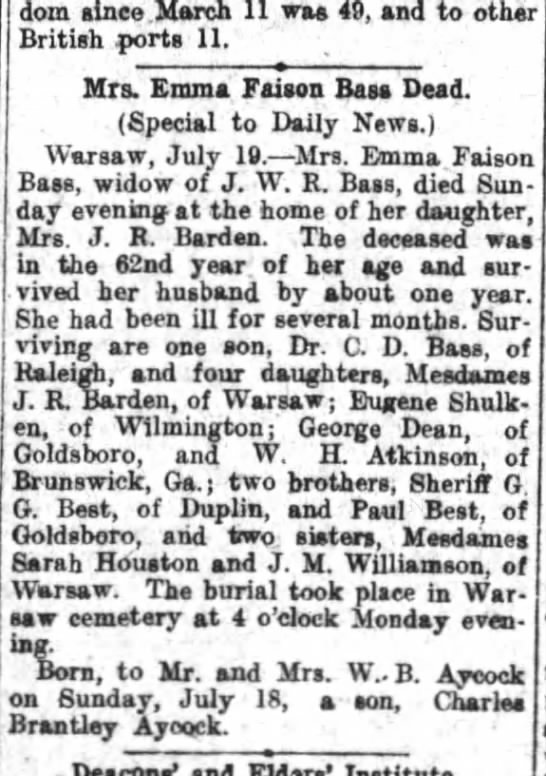 According to the NYC Marriage Index, Henry Bass married Mary Hartmann the mother of Edna Bass in December of 1914. Nowhere do I find Henry and Mary living together and their Daughter lived with a couple as a boarder and later foster daughter as early as 1910.

In 1917, Henry Bass and Marguerite Bruchs have a son Robert B. Bass in Chicago. So while I am not sure that Henry M. Bass and William A. Kirk are the same person I do have a reasonable assumption that Henry M. Bass is a scoundrel and something must of happened for him to be totally omitted from his mother’s obituary.