When I think of Adventure, I think of my Grandpa’s sister Olive. Olive Witherwax was born 19 February 1895 in Peru, Clinton County, New York. She was older than my Grandpa by 15 years. Sadly I don’t think my Grandpa new his sister Olive very well as she died when he was 10 years old.

Olive married Henry Rogers in Saratoga Springs in August 1916, she was 21 and he was 29. He was a Railroad Conductor.

Henry Rogers enlisted in the Army during World War I and was sent overseas.’ 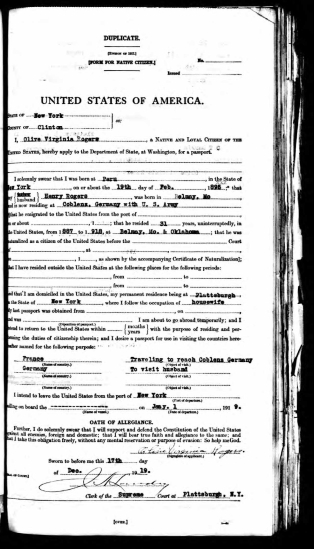 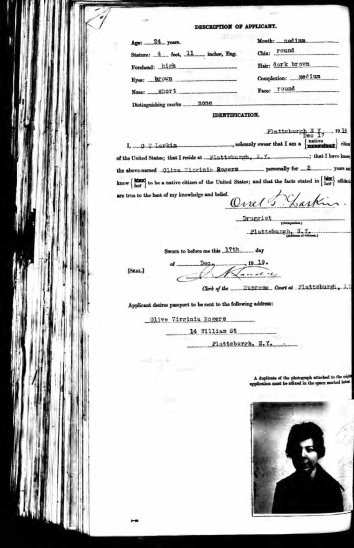 Olive Witherwax Rogers made it to Germany to see Henry but sadly passed away on 20 October 1920 in Cobelenz, Germany. Her obituary appeared in The United States Army and Navy Journal and Gazette of the Regular and Volunteer Forces, Volume 58, Part 1.

She is buried in the family plot in the Niskayuna Reformed Church Cemetery in Niskayuna, NY. 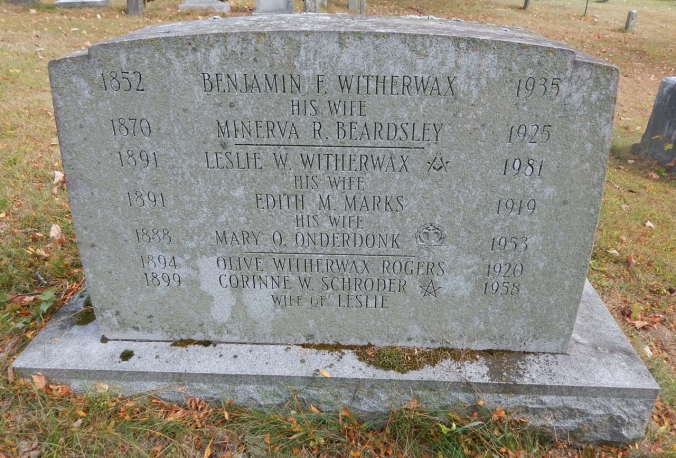 Olive and Henry Rogers had no children and it strikes me as tragic that her grand adventure wasn’t really very grand.