79 years ago, two of the most important people in my life, my Grandma and Grandpa were married. They married in Schuyler Falls when my Grandpa was 30 and my Grandma was 18. They were married for over 60 years until my Grandpa died in 2001. 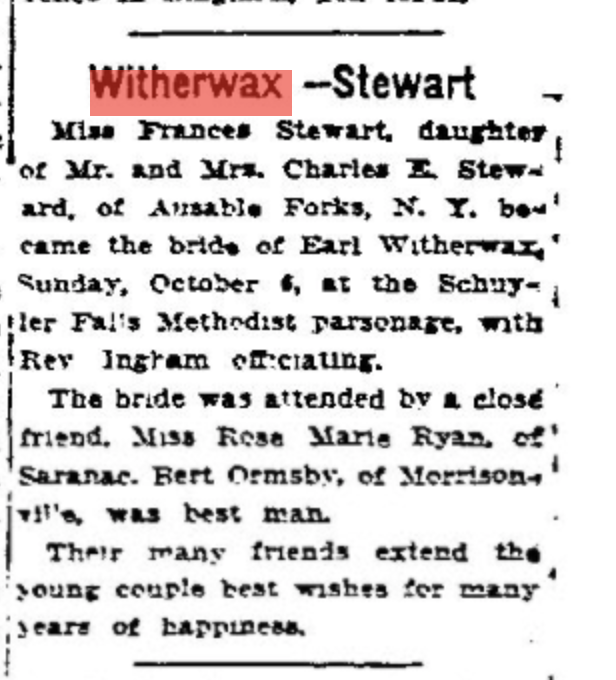 Appeared in the Plattsburgh Daily Republican on October 11, 1940.